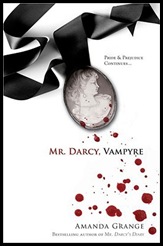 My hand is trembling as I write this letter. My nerves are in tatters and I am so altered that I believe you would not recognize me. The past two months have been a nightmarish whirl of strange and disturbing circumstances, and the future…

If anything happens to me, remember that I love you and that my spirit will always be with you, though we may never see each other again. The world is a cold and frightening place where nothing is as it seems.  (from the back of the book)

Pardon the little impromptu sing-along but in all honesty that was first thing that came to mind upon finishing the novel.

As a fan of Amanda Grange’s Austen-inspired work, I was eager to sink my teeth into this novel. When I won a copy from Sourcebooks, I was as happy as a lark. However, when I started reading the book my happiness soon evaporated.

Nothing—and I mean nothing—really happened in this book. It is filled with a lot of ‘do you remember when this happened or when I said this snarky comment or you said that prideful thing’ and not much else. While the author tried to add mystery and aloofness to the character of Darcy it made him seem disconnected.

As for the paranormal aspect, it didn’t really appear until page 209 and when it did appear it was weak at best and then it was over in the blink of an eye. It was more like a blip on the radar rather the subject of the book and considering that the been was titled Mr. Darcy, Vampyre I was extremely disappointed. If I was looking at this solely as a Regency romance it would have been okay read—just okay nothing more nothing less, but looking at it as a paranormal read it was a flop.

While I highly recommend Amanda Grange’s other Austen-inspired novels, I am afraid that Mr. Darcy, Vampyre is a look before you leap kind of book and I strongly recommend potential buyers to check this book out at their local libraries or borrow it from a friend before actually buying the book.

Overall thoughts: No gore and a lot of bore.

Cover thoughts: Was expecting so much more given the drops of blood and cameo with two bite marks in the neck.

What I did find amusing was the fact Darcy’s Uncle was named Count Polidori. Although not a Count—or a vampire—John William Polidori, doctor to Lord Byron, wrote The Vampyre, the first story that successfully infused elements of vampirism into literature.

The Vampyre was written in the summer of 1816 at the Villa Diodati. Having been kept indoors due to incessant rain, Lord Byron challenged his guest, which included Polidori, Percy Bysshe Shelley, Mary Wollstonecraft Shelley, and Claire Clairmont to write a work of Gothic fiction. Not only did this writing session produce the first vampire novel, it also produced Frankenstein, also known as The Modern Prometheus. 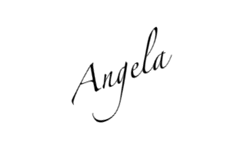