Getting to know Northanger Abbey- 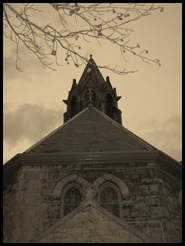 Northanger Abbey is perhaps Miss Austen’s most satirical and humorous novel. Originally titled as Susan it is considered to be her earliest completed novel. The tone of the novel is closer to the sarcastic, cutting wit of Miss Austen’s Juvenilia than any of her other novels. It was eventually published after Miss Austen’s death, in a combined edition with Persuasion, and it was her brother Henry who prepared the manuscript for print and changed the title to Northanger Abbey.

Title page of the original 1818 edition

Fun Facts Regarding the Publication:

-Northanger Abbey, or Susan as it was originally titled, was wrote in 1798

-The first publication of the novel was 1817. 19 years after the first draft.

-The combined edition of Northanger Abbey &amp; Persuasion sold 1, 409 copies within a year.

The Gothic novel is defined as a genre of fiction characterized by mystery and supernatural horror blended with romance. These novels often took place in an abbey or castle and often times the plot dealt with damsels in distress held captive by an evil tyrant or deep, dark family secrets. They offered the readers a pleasing sense of terror. Often you see element of parody and satire in these types of novels. When thinking of the Gothic novel, the first book that comes to my mind is Jane Eyre by Charlotte Bronte.

-The Monk by M G Lewis

-The Mysteries of Udolpho by Ann Radcliffe

-The Italian by Anne Radcliffe

Income- Enough to provide a respectable inheritance for Fredrick Tilney, a large dowry for Eleanor and to buy and furnish a parsonage for Henry.

Fact-Although the Abbey becomes the focus of Catherine’s wild Gothic fantasies, the Abbey is described as thoroughly modern.

1-Fullerton, Wiltshire- The village where Catherine Morland is from.

2-Bath- The city Catherine goes to visit and where she meets Henry Tilney.*

* The scenes from Bath- the Assembly Rooms, the Pump Rooms, and The Royal Crescent would have been experienced by Jane Austen herself in that exact location.

1. Catherine Morland-The Heroine of the novel and lover of Gothic novels.

2. Henry Tilney-The Hero of the novel. A handsome young clergymen.

8. James Morland-Catherine’s elder brother who believed to be moderately wealthy.

Northanger Abbey is my second favorite Austen novel and while I have gladly taken the leap and devoured book after book of Pride & Prejudice adaptations, I cannot seem to bring myself to read an adaptation of N.A. Why? I have no idea. Although I have been eyeing Henry Tilney’s Diary by Amanda Grange and seeing how I love Amanda Grange’s adaptations I believe that I will start my Northanger Abbey collection with her book!

Have you read an adaptation of Northanger Abbey? If so, what were your thoughts about it? 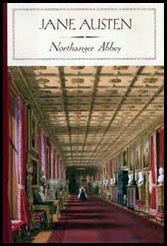 I have one copy of Northanger Abbey to giveaway.