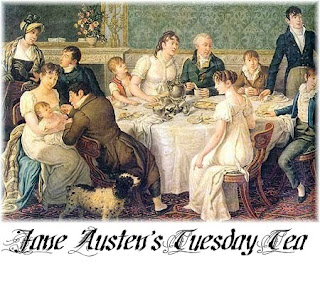 I had visited my local tearoom about a month ago and found that they were serving Lavender Tea Scones. I jumped at the chance to try one. Normally I am a fan of lavender infused foods, although I found the scones to have a bitter processed taste and there appeared to be no actual lavender in them. When I asked the owner what she had used, she said that it was imitation lavender extract as well as lavender flavored black tea. That explained the bitter processed taste.

On my way home from the tearoom, I stopped by a local lavender farm picked up a package of fresh culinary lavender, went home and headed straight to the kitchen to create my own Lavender Tea Scones.
I opted out of using the black tea as occasionally this can make the scones bitter. I also decided to add vanilla as it compliments the lavender perfectly.

After trying a few recipes out to find the right amount of lavender to use, I finally debuted them a tea my friend was hosting. The theme for the tea happened to have been Pride & Prejudice, which led us to the discussion of Mrs. Bennet and her nerves. After trying these scones my friend replied that these should have been a staple in the Bennet household as lavender is said to be calming. Thus these scones were named Longbourn Lavender-Vanilla Scones, or as my friend called them “How To Deal With Mrs. Bennet’s Nerves“.

I can just imagine the Bennet girls as well as their father with a plate of these scones and a nice cuppa of chamomile tea hiding from Mrs. Bennet and her nerves.


The following are a list of teas that taste lovely with the scones: 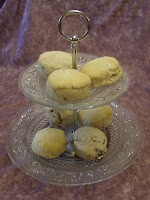 2 Cups of Self-Rising Flour*
1 ¼ teaspoons of Baking Powder
1 ½ Sticks of Butter, cold cut into chunks
⅓ Cup of Sugar
2 Large Eggs
½ Cup Milk
2 Tablespoons of Culinary Lavender (do not crush the lavender it makes it bitter)
2 ½ Teaspoons of Vanilla Extract

*If you do not have self-rising flour you can make your own.
-For every 1 cup of Flour add 1 ½ teaspoons of Baking Powder and a pinch of salt.

Sift together Flour and Baking Powder in a large mixing bowl.
Add in Sugar and chunks of Butter. (Cold butter will mix better).

Cut in butter with a pastry blender until mixture resembles bread crumbs.

In a separate bowl, add two large eggs and milk.

Whisk together until frothy.

Pour Egg-Milk mixture into the Flour mixture.
Stir together with a wooden spoon until the mixture is slightly blended.

Place mixture upon a floured surface and kneed, about 1-2 minutes, until it resembles dough. DO NOT OVER KNEED, this will make the dough tough.

Place your dough into a clean mixing bowl.
Add in Lavender and Vanilla.

Mix together with hands.
Place on floured surface, kneed 2-3 times to ensure Lavender is evenly blended.

Roll dough out to ½ an inch in thickness and cut with a medium sized biscuit cutter.
(If you prefer wedges, roll dough into an 9 inch circle (½ an inch in thickness), and cut into 6-8 wedges.)
Place on ungreased baking sheet for 15 minutes at 425 degrees.
Remove and place on a wire cooling rack then either serve or store.*

*If you are planning on serving these fresh from the oven brush tops with milk and sprinkle with sugar before placing them into the oven.

*If you are planning to store, make sure that they are cooled completely before placing in an airtight container. 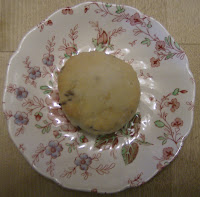 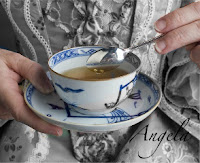