Monday’s Wonderings—Talking about Edition Addiction and a Giveaway

Recently I was shopping with a few dear friends of mine and of course, like the true book addicts we are, we stopped at a little used bookstore. Naturally, I headed straight for the section labeled classic literature, immediately searching out the Jane Austen section.

To my surprise, there were four bookcases filled with Jane Austen titles, sadly, many of them were the same book, and even worse, I owned most of them. After carefully looking through the books, I stumbled upon a slender black volume with the title ‘Northanger Abbey’ in red foil script. 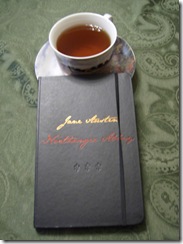 Pulling it out, I discovered it was an edition of Northanger Abbey that I did not own; it was also one that I had never scene before. Upon closer inspection, I noticed that the edition was The Winchester Austen. I had seen the red editions before but never had I seen the black edition with the elastic closure. I knew that I had to add this book to my collection and it was only $2.98 so I scooped it up and received odd looks from my friend we loving Bingley because he has played Charles Bingley several times in local productions of P&P.

Finally, after remaining silent for about 10 minutes, he asked, ‘why are you buying another copy of Northanger Abbey? I mean, I noticed that you had like 5 copies of every Jane Austen book. Why do you need another one?”

My girlfriends and I stared at him as though he was a loon and I simply replied, “I may have 5 copies, but I do not have this copy.” He laughed, shook his head, and went in pursuit of the science fiction section mumbling something about us having edition addiction. My friends were scooping up the editions of P&P that they did not have so I was no alone.

I ask you, dear readers, does Edition Addiction really exist? And if so, do you have it? I certainly do, I suppose this is the part where I stand up and declare, ‘My name is Angela, and I am addicted to collecting various editions of Jane Austen’s novels.” Although I must say, I do not intend to stop anytime soon, if ever.

There are times when one must buy a new copy of P&P, S&S, Northanger Abbey, Persuasion, Emma, or Mansfield Park to replace an overly read one. I know that I have read one copy of P&P so many times that the pages literally fell out of the book. Although, other times, like this new edition of Northanger Abbey, I purchased it because it was something that I have never scene before and it held extra material that I was interested in reading.

Do you have multiple copies of P&P, S&S, Northanger Abbey, Persuasion, Emma, or Mansfield Park lining your shelves? I would love to hear about your Jane Austen Collection. Leave a comment and be entered to win the extra copy of Northanger Abbey, The Winchester Austen Edition.

What does the Winchester Austen Edition of Northanger Abbey contain? 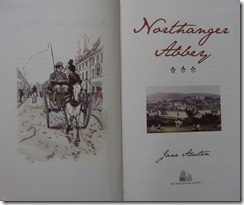 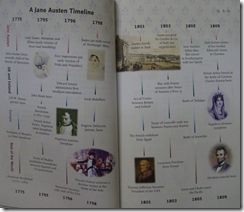 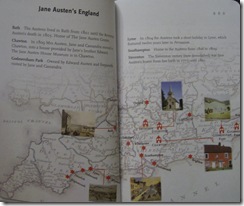 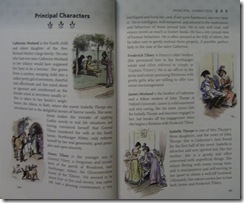 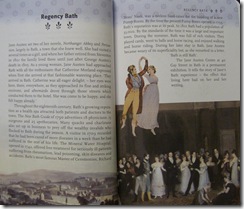